Lower Moor Farm is the Wiltshire Wildlife Trust’s flagship reserve in the north of the county.  It actually straddles the border between Wiltshire and Gloucestershire, with the Gloucestershire side being designated as Sandpool Farm.  It is a working farm and recreational centre, with sheep and cattle grazing, and a fishing consortium stocking and managing Mallard Lake. 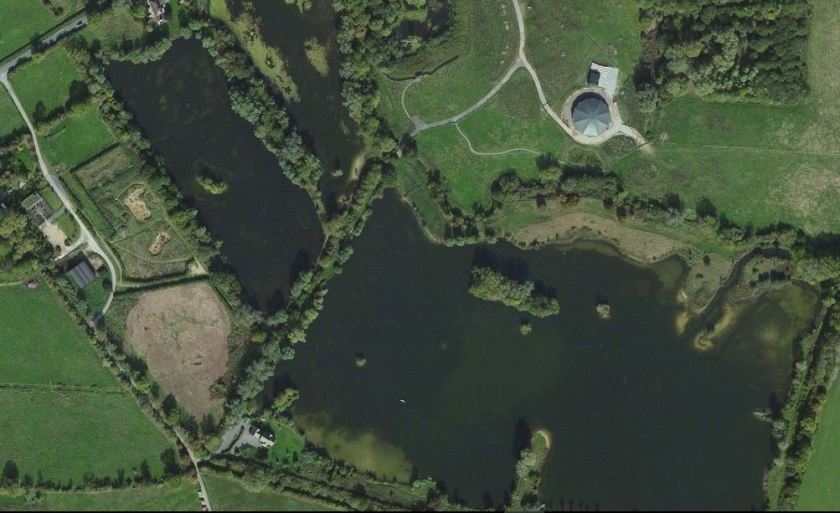 This is where we run our constant effort site. It is an excellent habitat, with a wide range of birdlife.  We do not target the wildfowl, focusing exclusively on the Passerines and near-Passerines found at the site.  So far we have porcessed 39 different species at Lower Moor Farm, including the second ever Yellow-browed Warbler ringed in Wiltshire.

The Braydon Forest is an ancient hunting forest which retains a number of relict woods and copses.  This area provides the key focus of a number of projects on behalf of the Wiltshire Wildlife Trust and the Forestry Commission.  Each area has its own entry.  The spatial relationship is shown in the picture below: 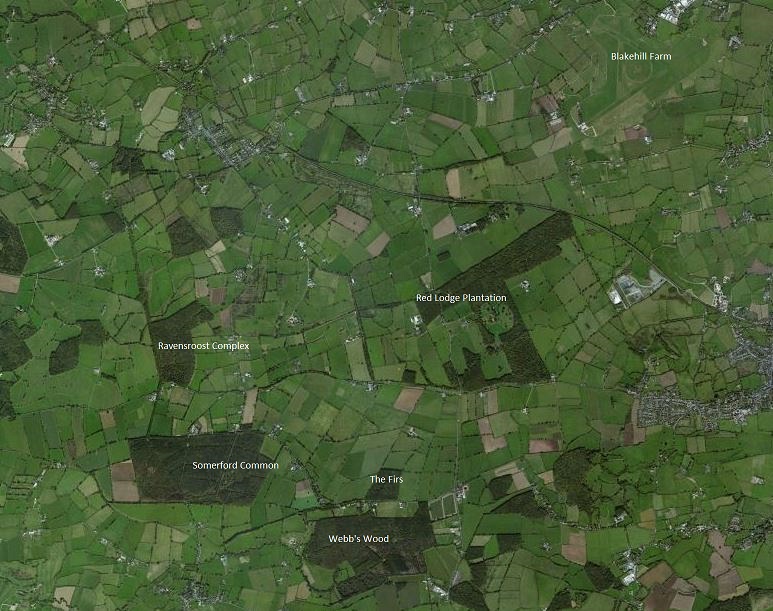 Blakehill Farm is a fascinating Wiltshire Wildlife Trust nature reserve. It was an RAF airfield, which played a significant role in the final days of the Second World War, and now plays a significant role in the environmental landscape today: making some 40% of the UK government’s target for lowland neutral grassland.  It is a working farm, with cattle and sheep grazed on the site, and fields cut for hay later on in July. 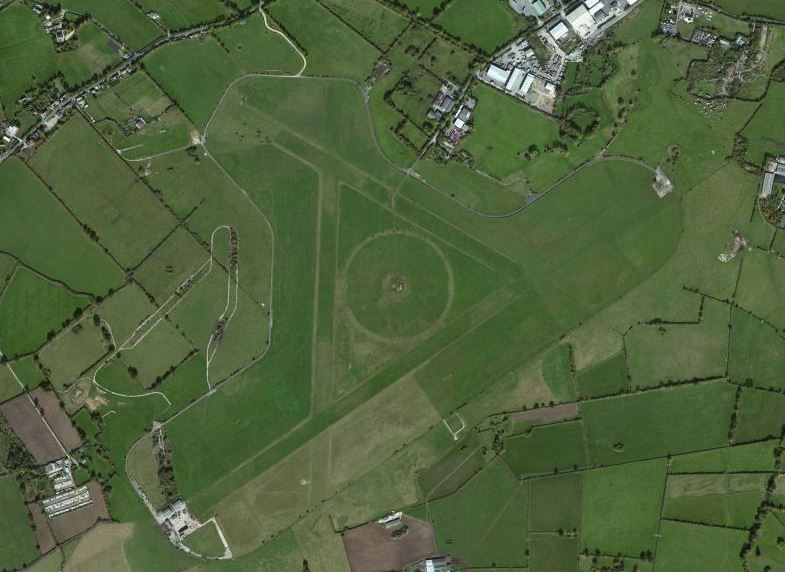 There are two main ringing areas: the north-east of the reserve, accessed from the Chelworth Industrial Estate, and the south-west of the reserve in the vicinity of the Whitworth Centre and the ponds.

The primary catching areas are the hedgerows lining the perimeter track in the north-east and those lining the fields in the south-west. Outside of the breeding season, we also have access to the bushes that ring the central plateau.  These are where we usually catch the more interesting migrant birds. It is very good for Whinchat in the autumn.  So far we have processed birds from 38 species. 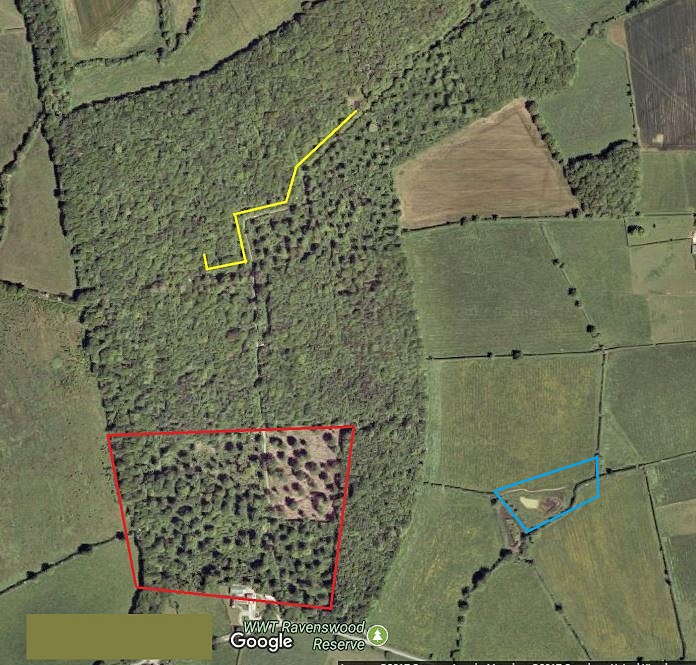 The complex comprises hazel coppice at the south end of the wood, which is coppiced on an 8 year cycle, with coppicing of one quarter of the coupes every two years.  The rest of the wood is ancient woodland, interspersed with some areas of 25 year coppice.

Within the wood, the coppice project covers the entire 8-year coppiced area, as outlined in red, with the control area being along the yellow line.  The meadow complex is outlined in blue, and is used for spring and autumn migration.

There have been 35 species caught and processed in the complex. It is a key site for the Marsh Tit project, with 30 individuals ringed since October 2012, and 69 retrapping events from 20 individuals. 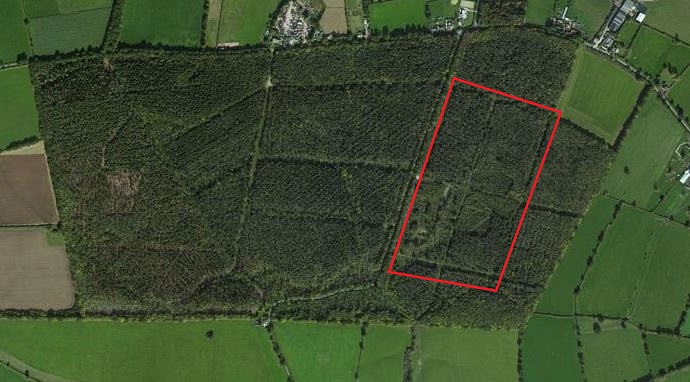 This area is mixed woodland, with conifer plantation being replaced with native species as it matures.  The south-west quadrant of the outlined area is being coppiced, as of winter 2016.  27 species have been processed in the wood, and it is a stronghold for Bullfinches within the Braydon Forest.  The newly coppiced area has historically been the best site for Lesser Redpoll in the forest. It will be interesting to see whether this new strategy affects their numbers.

This is a Forestry Commission beechwood plantation. It was thinned out two years ago, which has had a significant positive effect on the diversity of the woodland. 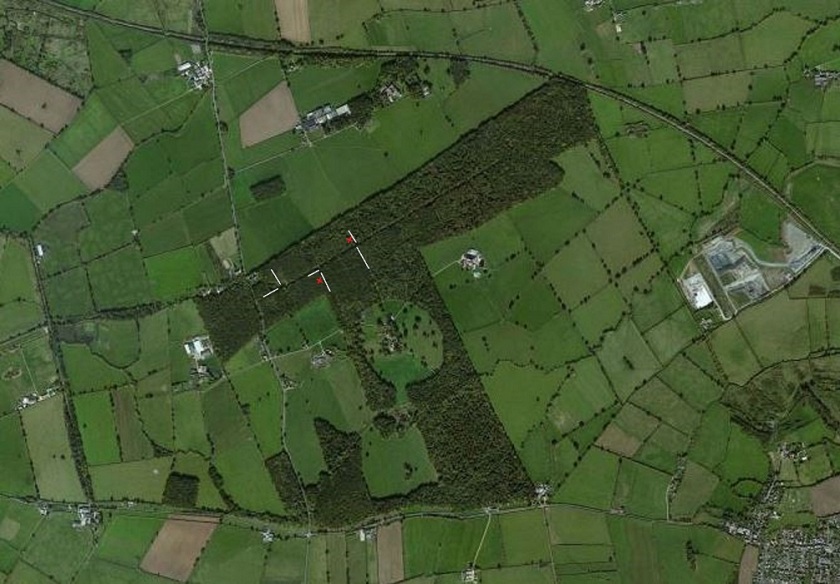 The white lines indicate the ringing net rides.  26 species have been caught and processed within this wood.

Another Forestry Commission woodland.  The astonishing thing about this wood is that it was clear-felled during WW2. It was replanted as a conifer / beech plantation.  The conifer is being cleared and replaced with native British species as it matures, the beechwood was thinned a few years ago. The conifers left at the site help make this the best site for Siskin within the Braydon Forest. 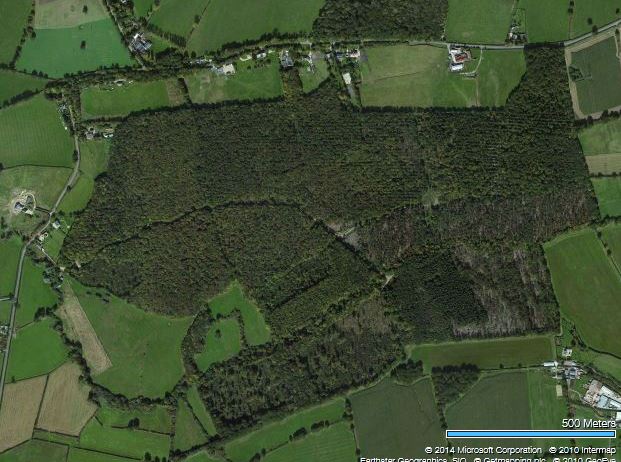 Although it just about the largest portion of the Braydon Forest, it has the lowest catch diversity at 24 species caught and processed.

This is the smallest of the Braydon Forest sites but with the accolade of delivering the first two Spotted Flycatchers ringed within the forest (autumn 2016). 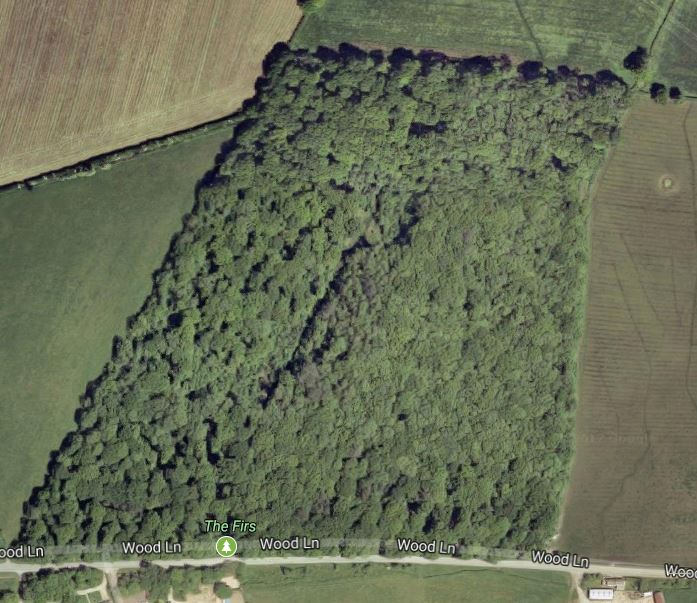 The photo does not do justice to the work carried out by the Wiltshire Wildlfe Trust and their volunteers.  They have spent a lot of time opening up the central glade and creating butterfly spaces within the wood. In addition, two small ponds in the middle of the wood has also enhanced the attractiveness of the wood.  It has delivered 26 species processed, including the only Tawny Owl caught in the forest so far.

This privately owned site is located to the north west of Chippenham. Historically run as a small dairy farm, the land is now primarily mixed arable with some light grazing for horses.

Ringing takes place along the hedgerows and around seasonal feeding stations. A range of classic farmland species including Yellowhammer, Chaffinch and Barn Owl can be found breeding. In the winter large flocks of passerines scour the hedges for food and waders such as Snipe and Lapwing forage in the wet fields. Still in its infancy, 17 species have been caught here.

Ringing takes place along the hedgerows and around seasonal feeding stations. A range of classic farmland species including Yellowhammer, Chaffinch and Barn Owl can be found breeding. In the winter large flocks of passerines scour the hedges for food and waders such as Snipe and Lapwing forage in the wet fields. Still in its infancy, 17 species have been caught here.

Brown’s Farm is situated just south of Marlborough and to the east of Savernake Forest.  It is managed as a beef and arable farm also with stables and paddocks that are rented out to the public.

The ringing largely takes place along the many hedgerows and field edges surrounding the fields. The hedgerows are largely hawthorn, blackthorn and dog rose.  They are kept at head height and do not have any established trees to break the hedge line. 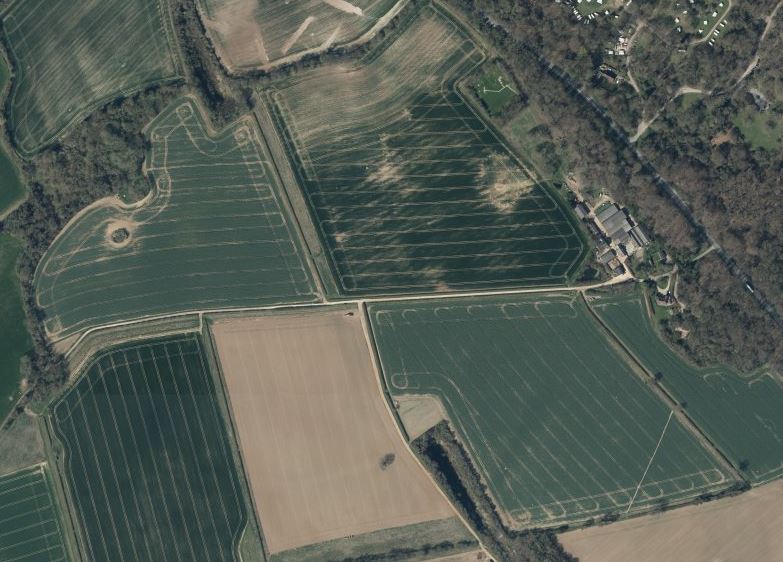